The Desire to Be a God 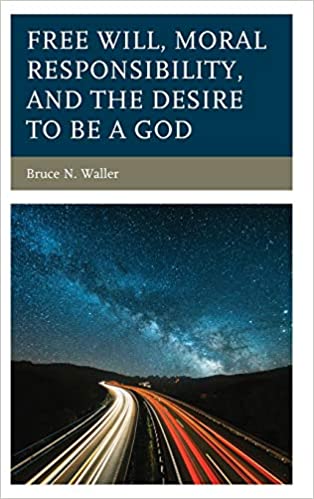 “If there were gods, how could I endure it to be no God!” Friedrich Nietzsche, Thus Spoke Zarathustra, Chapter 24

The desire to be a god is a deep, common, and destructive desire that is honored more by its denial than its acknowledgment. The desire to be a deity – apotheosis aspiration, or AA for short – afflicts both believers and nonbelievers, and its presence is sincerely denied by both. Those who deny the existence of gods may imagine themselves immune from any desire to be a god, but one can aspire to be a deity while denying that deities exist. I don’t believe in the Philosophers’ Stone, but I wish I had one.
AA is viewed as a strange aberration, perhaps an extreme form of narcissism or even morbid megalomania. In fact, it is a widespread desire. Most of us consciously accept that we are not gods – as Nietzsche says, “A man’s stomach is the reason he does not easily take himself for a god” (1966) – and that we are unlikely to be apotheosized. Indeed, most of us – at least among philosophers – have long since rejected belief in any gods at all. But rather than being expunged the deep desire to be a god goes underground, where it continues to exert a subtle but powerful influence. The desire to be a god is not often acknowledged by philosophers – Nietzsche was a noteworthy exception – but it is a common desire, more insidious for the fact that it is nonconscious. And among believers in God it is not often acknowledged or even consciously recognized: if consciously considered at all it is vigorously rejected as a vile temptation and a virulent heresy. To aspire to be a deity marks one as a wicked, arrogant, and stiff-necked heretic.
Anyone openly affirming a desire to be a god invites derision as a megalomaniac, if not commitment as demented. If – being short and slow, with bad hand-eye coordination and pathetic athletic abilities – I announce that I aspire to be the starting point guard for the Boston Celtics, I will be an object of ridicule. If – being weak, deficient in knowledge of the past, present, and future, and decidedly mortal – I announce that I aspire to be a god, I am likely to be an object of pity and psychological treatment. Such an aspiration is best kept to myself; or better, not even acknowledged to myself. But that fierce denial does not mean that the desire has disappeared or ceased its nonconscious maneuvers. AA afflicts the godly and the godless, the “secular humanists” together with the Southern Baptists. The Pharaohs may be the most obvious and obviously destructive example of AA, but the Pharaohs were only the tip of a dangerous iceberg, the great mass of which poses perils beneath the conscious surface. In most people the desire to be a god is manifested in less spectacular form and fashion, and its machinations operate unrecognized.
Because the desire to be a god operates nonconsciously, the fact that most people are skeptical of the desire is not grounds for denying it. Like evidence of black holes, evidence for such a desire will be based on systemic observable effects of that nonconscious desire that are explained more effectively by positing the presence of such a desire. We don’t consciously recognize belief in a just world (Lerner 1980), or unconscious racism, or the powerful impact of situational factors, but – like nonconscious apotheosis aspiration – they exist, and exert their subtle influence.